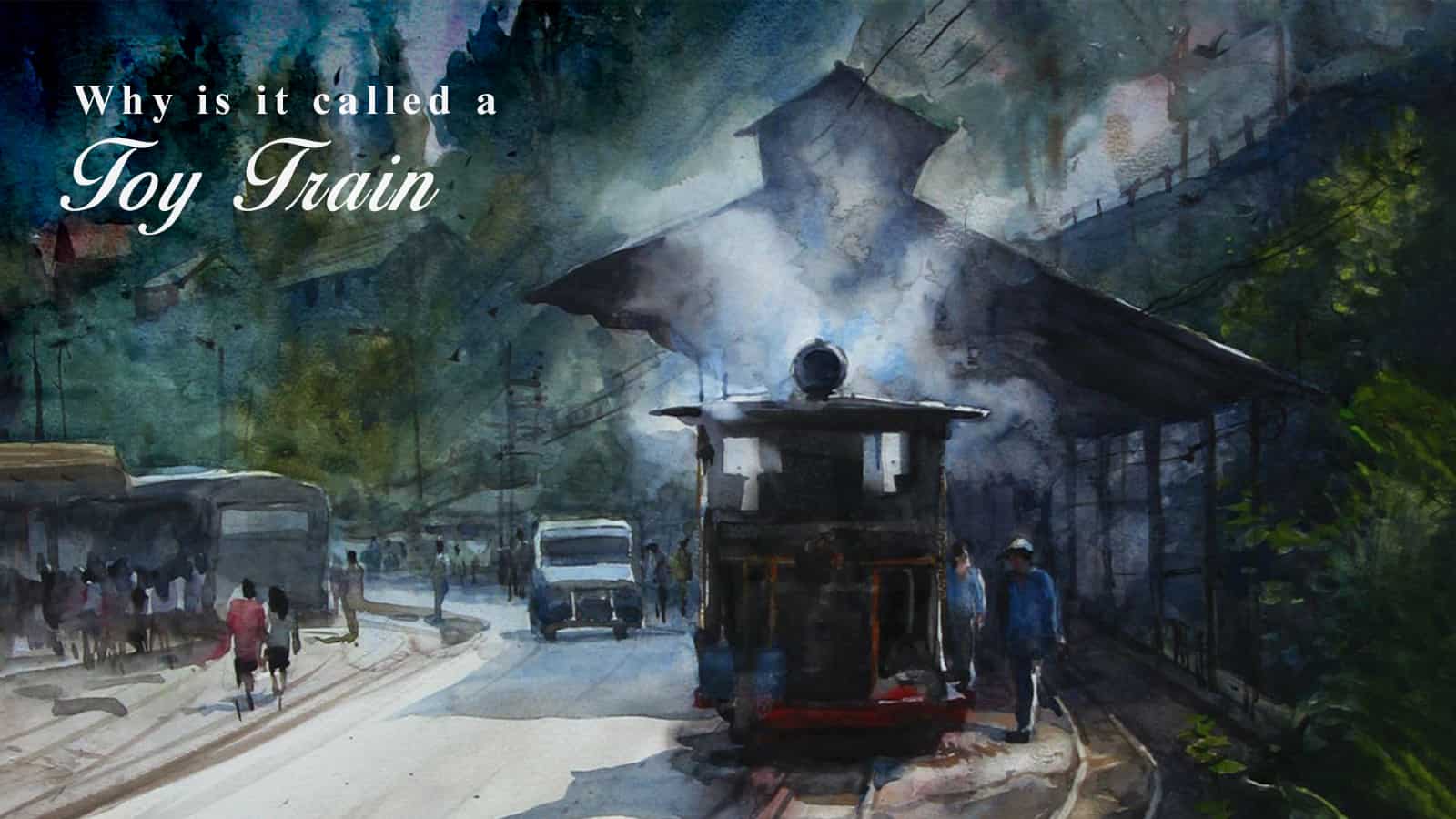 The toy trains which cover the heritage transport once provided the first and the most important mountain tranportation link in the country. Not everything from the British Era has beautiful memories but toy trains are one boon given to India by the British Era. The toy trains of Darjeeling Himalayan Railway operates from New Jalpaiguri station to Darjeeling towns. One of the toy train takes you to Kurseong, the place of white orchids. Kurseong is a beautiful place with magnificent tea estate and is known as the largest producer of the costliest Darjeeling tea in the world. A visit to Kurseong, Darjeeling is incomplete without experiencing a joyride on the toy train. You can treat your eyes with the spectacular views of Kurseong while having a ride of the toy train. Although the ride is not as fast as the usual trains, there is a certain sense of nostalgia and pride in riding these age-old compartments. The original steam engines of the toy train, operating on a narrow gauge track provides you transportation to various Darjeeling hills and also lets you absorb the Himalayan beauty as you transverse along the slopes of hills in snail pace speed. The sights, sound and smells that you come across while riding a toy train is unmatched. Though the steam engines have been replaced by faster and more powerful diesel engines, the toy trains continue to run at the pace of a snail. Its ability to pass through steep slopes and sharp curves with such skills is marvelling and very appailing. There is none, who would question the creativity behind creating these masterpieces.
The toy train runs from New Jalpaiguri to Darjeeling and passes through Kurseong and other areas like Siliguri and Ghoom in between. The toy train literally staggers through the enticing loops on the hill ways. One such loop is the Batasia Loop that is situated between Ghoom Station and Darjeeling. The view of Darjeeling Town and snow peak of Kanchenjunga from Batasia loop on a clear day is an exception.
Jungle Safari of Darjeeling toy train is also very famous among the tourists, which runs from Siliguri to Rangtong and back. The main motive of the Jungle Safari is to travel through the alarming yet stunning Mahananda Wildlife Sanctuary, situated around Sukna. This place is a visual treat for wildlife lovers and enthusiasts.
The only setback of this beautiful creation is that the most coaches do not have toilet facilities and the passengers need to use the station toilets when the trains stop.
Your visit to Darjeeling, Kurseong will be worth only if you donot miss the joyride of the toy train. Moreover, the Railway’s headquarter is at Kurseong. The sight and experience of a small steam engine, which is pulling mini coaches up the steep hills through breathtaking landscapes and overcoming almost difficult curves and gradients with sheer engineering, will keep you wondering for some time. The slow pace of the train often lets you see local kids hopping in and out of the moving train ride. On contrary to this, the toy train often tends to skid in steep gradients during monsoon. To avoid any major accidents, the attendant standing in the front of train, keeps sprinkling sand on the track.
Riding a toy train of Darjeeling Himalayan Railways has always remained a coveted experience for the tourists while visiting Kurseong. Only a few would let go of such an opportunity as the Darjeeling toy trains have been declared a World Heritage Site by UNESCO in the year, 1999.