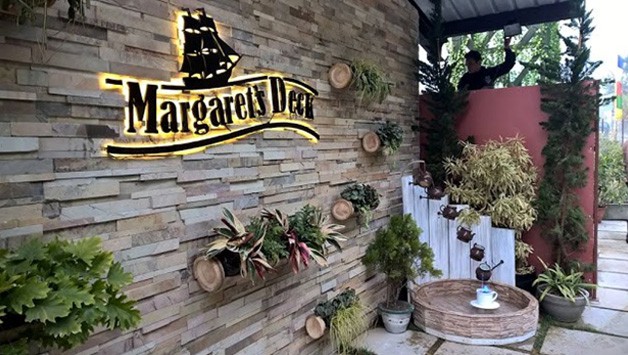 A Trip to Margaret’s Deck in Kurseong

2 Nov A Trip to Margaret’s Deck in Kurseong

Like a lot of Indians, I am a tea person. And if I have to travel far and wide, to taste the best of blends, then I am more than happy to do it. That’s when I planned my trip to the lush green tea gardens of Kurseong. It is the home of Margaret’s Deck, that led to my discovery of the other side of tea. Here, I learned a valuable lesson on liquid gold that most of us can’t seem to live without.

To witness the goodness of Kurseong’s famous Margaret’s Hope Tea Lounge, my journey to this quaint hill station began from Bagdogra Airport. I was part of group of travel bloggers and writers and all of us were excited to embark on this journey of discovering tea. The drive through the hills and its slopes was beyond breath-taking.

Darjeeling as a hill-station tends to over-shadow its neighbour Kurseong. However, when I reached, I was absolutely taken aback by the charm of this wayside town that most people tend not to have on the travel bucket-list. From its historic churches, to colonial era schools, and the rolling tea gardens extending over the horizon, Kurseong on its own is a must-do travel destination in West Bengal.

With an enormous deck overlooking the gigantic expanse of the Margaret Hope Tea Gardens, Margaret Deck is a tea lounge that is an initiative by the Goodricke Tea Pot. However, there’s an interesting history behind the name. The tea garden can be traced back to the early 1860’s when Mr. Cruickshank was its estate manager. The name Margaret came from Mr. Cruickshank’s daughter, Margaret, who was absolutely in love with these lush tea gardens. 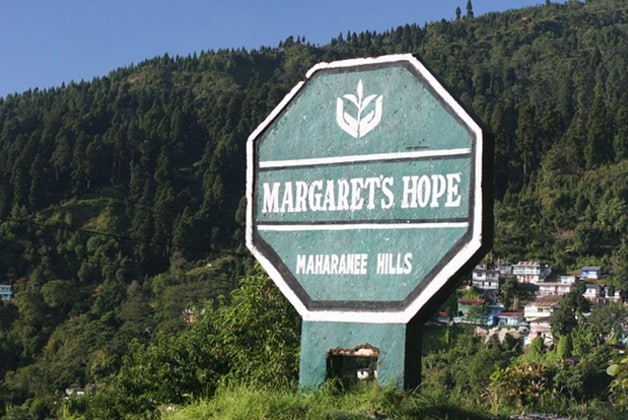 The deck itself is divided into two sections – the lobby where we had our tea tasting session and the restaurant that serves mouth-watering local delicacies.

Cups of pale yellow, dark brown and shimmering gold tea were arrange neatly arranged in front of us on the table. We were informed that the different colours of tea in the cups were made using the leaves from the same garden. The difference is colour was brought by the stage of the lead picking – interesting, isn’t it? I had a lot of dun slurping down the teas loudly. Apparently, that’s the correct method of tea tasting to help recognize the flavour.

The tea tasting ended with our group moving on to the restaurant where the fragrance of the food made our tunnies rumble. The delicacies were accompanied by various tea cocktails which was absolutely splendid.

At the end of day, my trip to Margaret’s Deck in Kurseong, it showed me a lesser known side of tea. So, if you are on your way to the hills of West Bengal, make this a must-visit destination, if only to have a pot of tea.